This is an amazing game introduced by the NetEntertainment, it is going to take the players back in the Art Deco times in which things were glamorous and luxurious. Progressive super jackpot offers a grand version of the spin.

The release of this slot was made alongside the sister slot which is well-known as the Grand Spinn. The creation of the online slot was made to be stylish, elegant, and inspired by the Art deco. Even though the two games are both jackpot games, the major difference between them is that a progressive jackpot is being offered by the Grand Spinn Superport.

The gameplay and visuals on this slot is that of a fruit machine which is of a great standard. The fruits include cherries, watermelons, oranges and cherries, also the treble 7 and the bar symbol is as well included. Are Deco is the inspiration behind the look of the game.

This is one of the elements that excite in the game. Having counted your wins, and it happens that the winning combination is the same as the top symbol on the first reel, 1 symbol will be moved down and a win will be awarded. There will be a continuation of this process until there is a different symbol above the winning symbols, after then the second reel will start to nudge followed by the third one.

All of the wild symbols in the game are with a multiplier. They can serve as a replacement for some other symbols excluding the jackpot and the arrow symbols. Also, the multipliers given to the players include x2, x4, and x8.

Players can see the wild symbols on the 1st and 3rd reels. If you can land a multiplier bet, you are to get x2 of your win. If you land the two multiplier wild, it is going to give x4 of your win and 3 multiplier will get you x8.

Players are to wait for the reels to stop nudging before they can win a jackpot. There are situations whereby some symbols will still be on reels. Situations whereby each of the reels has a jackpot symbols and the wins surpass zero, the lowest paying jackpot will be given to the players.

Jackpot rewards are awarded based on the symbol that makes its appearance on the reels. The jackpot that will be paid out will be determined by the lowest paying jackpots.

Provision is as well made for a super jackpot, it is a pure progressive jackpot. There will be an addition of each portion of the bet when the players play the game.

The first double slot released by NetEnt was in 2018, this happens to be Berryburst and Berryburst MAX. They are son identical, but then their volatility differs. NetEnt has taken this process to the next level by providing the “Grand Spinn” and the “Grand Spinn Superpot”. The games have two separate features with the inclusion of the simple, classic look, flowing gameplay, and the progressive jackpot which is a great addition to the gameplay. 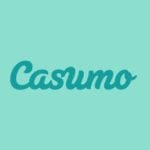 Casumo Casino Uk Bonus Casumo Casino is an online casino founded in 2012 by Oscar Simonsson and Rsdmus Svenningson. Casumo offers players unique, exciting and adventurous time as they get… 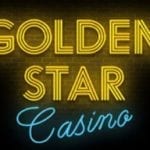 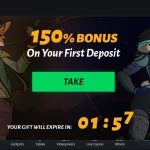 Drift Casino Review A reputable Casino site established in the year 2016 across the gaming sector, which presents well-assorted bonus offer, powered by renown game designers like Betsoft, Microgaming, with… 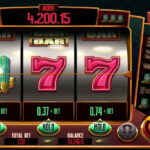 777 Online Slot Review. RTG Slots with Real Money RealTime Gaming has brought to us this 777 slot machine to spin some vitality into a classic. It is a...

Ancient Gods Slot Review – 60 Free Spins no deposit bonus Step into the world of Ancient Gods, where you can find a fiery action and mythical reels...

Aladdin's Wishes Slot Review – (30 Free Chips) no deposit bonus codes Bonus Code: “30WISH“ The genie is out of the bottle and...

Ancient Gods Slot Review – 60 Free Spins no deposit bonus Step into the world of Ancient Gods, where you can find a fiery action and mythical reels...

Aladdin's Wishes Slot Review – (30 Free Chips) no deposit bonus codes Bonus Code: “30WISH“ The genie is out of the bottle and... 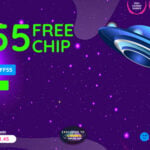