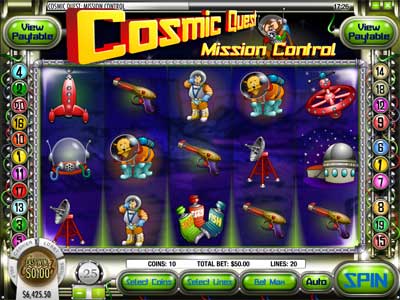 Cosmic Quest Mission Control Slot is an online slot machine with Rival Gaming as its software developer. It is made up of five reels and twenty bet lines. The minimum bet is 0.01 coins and the maximum bet is fifty coins.

Are you a lover of space? Will you take your chance if it is possible you can travel to space and at the same time get a lot of prizes for doing so? Rival Gaming has produced you with an opportunity to experience what it is like in the space by releasing a slot game known as Cosmic Quest Mission Control Slot. Players will be awarded for obtaining some of the things that are pertaining to space travelling. The players will also be rewarded for landing some special icons such as the scatters and the wilds. Playing does not require a lot of money, you can start staking with a minimum of 0.01 coins per spin. It is also compatible with various devices. The slot consist of twenty bet lines and it is made up of five wheels containing a lot of icons related to what the game is all about. There are lot of bonus options available to the players.

As earlier stated the players winning will be increased by landing certain symbols pertaining to the theme of the game. For obtaining a food tube, the player will receive sixty-five times and one hundred times for obtaining satellites. Getting space guns will make the players to receive one hundred and fifty times and the astronaut will give seven hundred and fifty times. The highest prize on the pay table is five thousand times that is obtained from landing five wilds. The rocket is the wild and can replaced all other icons. Obtain at least three of the scatter will activate the ten free spins session and any wild landed during that will become expanding wild. The bonus session is activated by the presence of at least three of the sexy pink pilot. During this session you can win a lot of gifts based on your skills and techniques.

The players need to ensure that he is controlling how the bets are being placed so as not to lose all the money. Twenty lines are available for the players to play on starting from one. The player can wager one to ten coins with the coin value being from 0.01 to 0.25 coins. The least amount you can stake per spin is 0.01 coins whereas the highest is fifty coins. Therefore, the amount of money you want to bet should be an amount you can lose and will not feel the pain. Also, the higher the amount the higher the winnings.

Rival Gaming has developed another new slot game that is worthy of being played. There are lot of bonus offers available to players in Cosmic Quest Mission Control Slots 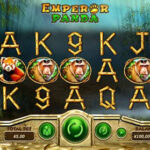 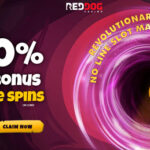 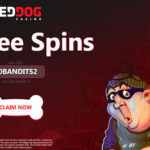 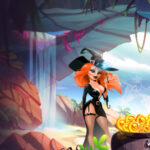