Wild-O-Tron is a Net Entertainment video slot launched in July 2018. This game is built around robots and it features 3 rows, 5 reels, 20 win lines (fixed), wild icons and Wild-O-Tron, which activated randomly at the start of each spin.

Net Entertainment launched this slot in July 2018. The slot is a robotic slot game having completely made robots with 6 colors. The design of the game is astonishingly beautiful coupled with amazing animations and an interesting music. The slot features 5 reels, 3 rows, Wild-O-Tron option, wild icons and 20 fixed win lines.

This game is a slot of medium-variance with a return to player value of 96.01% and a highest payout of 500 times of your bet value per spin. The size of the bet ranges from €0.20 to €200; you can set this value to your preferred choice with the normal controls of Net Entertainment slots. Included in the game is an Autoplay option that helps in running spins of about 1,000 simultaneously with several options on the stoppage time. This game is both desktop and mobile-optimized and it runs on HTML5 software.

There are only 7 icons in the game that gives payout and this icons appear as a whole and they are depicted by robots of different colors of six. The wild icon of the game is a W; this icon can replace all other icons in the game.

There is only a single feature in this game and it offers massive win. This feature is the Wild-O-Tron, it has the ability of activating at random at start of each spin, this feature substitute robot icons of 1 to 6 for wild icons, and this begins with the highest icon. Substituting 6 out of 7 of the Robots icons leaves just a single Robot and wild icons on the reels thereby results in higher chances of obtaining lots of wild icons which in turn result in higher wins on 500x per spin.

Whenever a robot is substituted, the control center will shine light on the 6 lamps and reveal the color of the robot that is substituted into wild icons.

This game is a fantastic release by NetEnt as it features beautiful graphics and interesting soundtrack. The details provided by Net Entertainment shows that this game is capable of activating 20 spins on average. The game becomes interesting starting from the point where wild icons substitute for 3 robots. Start spinning the reels of this fantastic slot for an amazing gambling adventure. 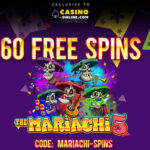 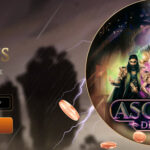 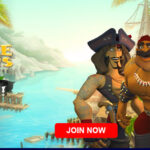 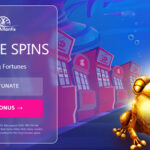 Las Atlantis Casino no deposit bonus codes – (35 Free Spins) on Frog Fortunes Slot Introduction Vegas is much likely to earn the award as the...